I Don't Do Anniversary Posts 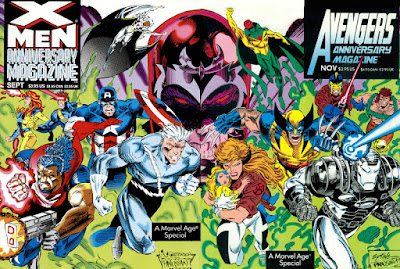 Working under the assumption that I would be the only one to care, I've never written an anniversary post for this site.  Yet, somehow, today marks the tenth anniversary of Not Blog X and I feel compelled to at least say something.  I announced around two years ago that updates would be sporadic on this site, given that the mission statement was increasingly irrelevant, and the days of blogging seemed to be on the wane anyway.

Since then, I've been able to contribute to CBR, first chronicling the early years of Wizard (kind of an obvious aspect of fandom from this era to examine, even though I'd previously given it only minimal attention), and continuing now with a look at the DC Animated Universe and the Adventures titles of the day, along with the occasional article on some varied topics.  Clearly, that's where the bulk of my attention is spent, and the link posts here reflect that.  I'm also in the final months of reviewing the television work of David Milch over at Gentlemen of Leisure, in case anyone hasn't checked that site in a while (which is also in the midst of looking back on 1990s X-Men at the moment...crazy, huh?)

I also published a novel through Amazon over a year ago, recently finished a second novel that may or may not be self-published, and I'm around 25,000 words into my third novel.  This is in addition to a non-fiction project I'll likely be publishing on Amazon before the end of the year.  I'm writing as much now as I was back in the era of two posts per day, but in different formats.

Do I have any deep reflections on my decade of doing this?  Not particularly.  I could ramble on about my obsessiveness with fonts (only recently did I let go of adamantly insisting every post be Times New Roman), the formatting quirks of those original posts (writing in Word, copying the text, emailing it from a Yahoo account to a Gmail account, then copy and pasting in Blogger's template...which, bizarrely, was the only way to get the spacing between paragraphs the way I liked), the confusion over why my posts sometimes appeared in a gray typeface and sometimes in a black typeface, or the sheer surprise of having the occasional creator stop by to comment on something they worked on years and years earlier.  I should thank all of the commenters who let me know I wasn't speaking into a void for all of these years, truthfully, because doing this without comments can get lonely.

I've mentioned earlier that I was inspired by writers like Paul O'Brien and Dave Campbell when starting this blog, but one major influence on this site was totally subconscious and only recently revived.  This thing...the 1997 The Simpsons: A Complete Guide to Our Favorite Family paperback, is actually the template for my style of comics writing.  Starting with a summary of the story, listing the creators and release date, and chopping up much of the commentary into separate segments with allegedly clever headings...this was all inspired by A Complete Guide, and to be honest, I'd totally forgotten this until I stumbled across the book when going through some things at my parents' house. As it turns out, many TV bloggers (if that term even existed then) were doing similar bits on Usenet groups going back over twenty-five years ago, but I was totally ignorant of this.  My inspiration really is that paperback book, one forgotten at the bottom of a plastic storage bin years ago.

In 2007, the most popular website in the world was Myspace.  Comics blogging had exploded around three years prior, and I was one of the last guys to receive a tiny amount of attention in the crowded field, via Mike Sterling linking to me in the first week, and the late, lamented Newsarama blog linking a few days after that.  Even when I started this site, Blogger was falling out of favor as more writers embraced Wordpress, a move I didn't make simply because I found Wordpress' main page too confusing on a cursory glance.  I wasn't expecting this project to last that long -- maybe one year -- and as Wordpress gave way to Tumblr, which gave way to Twitter, I assumed everything in this platform would be going the way of Tom's over-the-shoulder profile shot soon enough.

I used to include dozens of links to comics blogs in my sidebar, partially because it was considered just a basic courtesy in those days, but also out of respect for the amount of work it takes to keep something like this going.  When I stopped updating regularly with new content, I decided to drop the links to various graveyards and have Blogger update the sites that are still going.  The eagerness to begin these ventures died years ago, and while fans of a certain era thought nothing of dedicating hours out of their week to spread their love for the medium, you're not likely today to see someone start a new blog with an enthusiastic nod towards Wednesdays in the title.

The love for these characters still exists, but we all know what's happened.  These franchises aren't "ours" anymore, and the generation that entered the hobby during the booms of the '80s and '90s probably doesn't speak the same language as a fan who wasn't even born the first time Ain't It Cool ran grainy photos of the X-Men in those black motorcycle outfits.  Fans introduced to these characters through the DeFalco Marvel years or Levitz DC years are likely too old/jaded to care that much about the latest shocking event storyline, let alone willing to write lengthy essays about this kind of material.

Blogging isn't totally dead, and so far the content on Blogger hasn't been scrubbed from the internet, but as of now, commentary has morphed into microblogging on Twitter, or vlogging on YouTube.  I reluctantly participate in one and eschew the other.  I'm not judging anyone who works in these formats, but don't expect too much from me in this area.  And I do respect the handful trying to keep traditional comics blogging alive; I rode this thing about as far as it can go, but for everyone still having fun out there, (not that anyone's seeking my permission) go for it.

So, ten years.  Thanks to everyone who's stopped by over the years.  Perhaps I'll never find out if Dick hated my blog, but for those of you who got something out of this, you have my sincere gratitude for your support.
Posted by G. Kendall at 12:30 AM 9 comments: 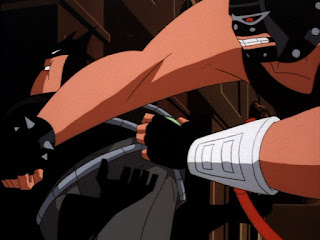 Looking back on one of my favorite Superman Adventures issues...
Posted by G. Kendall at 6:00 AM No comments:

"Your Angel of Death Awaits..." 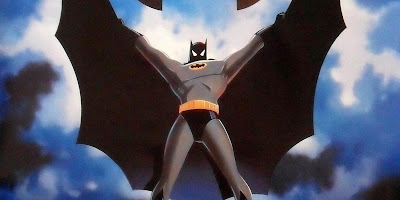 My latest CBR piece, looking back on Mask of the Phantasm and a sequel many people don't know about...
Posted by G. Kendall at 7:30 PM No comments:

"When crime haunts the night, a silent crusader carries the torch of justice..." 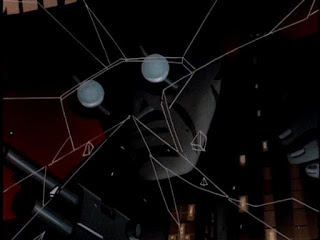 My latest Adventure(s) Time post, looking back on a truly classic episode of Batman: The Animated Series.
Posted by G. Kendall at 6:00 AM No comments: