Love is Dead(ly) is LIVE Now! 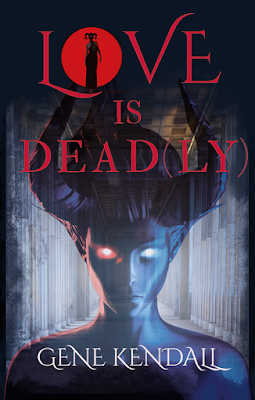 My novel from Burning Chair Publishing is now on sale at Amazon! The price is remaining only .99 for a limited time, so if you haven't downloaded it yet, you still have some time to get in on the reduced price. It's available as a part of the Kindle Unlimited program, a sort of Netflix for books offered by Amazon.
You can also check out an interview I did with the publisher to promote Love is Dead(ly). Discover the secret origin of the book, and the role Dan Aykroyd's stubborn refusal to cut a scene in Ghostbusters played in conceiving the story.
Also, you can win a signed copy of the book by entering this contest set up by Burning Chair. Just click the link...
What is Love is Dead(ly)? It's my first paranormal/urban fantasy novel, starring Brad Burns -- skilled psychic and all-around cad.  Brad uses his powers to shepherd the lost souls of the newly-departed to the light on the other side. In return for a fee. Naturally.
But when a case goes badly wrong, Brad finds himself the prisoner of those he’d usually be hunting. Can he use his unique talents to save not only his own skin, but all of humanity?
Because Brad Burns is the Paranormal Desperado. And he’ll be damned if he’ll let a bunch of pesky ghosts get in between him and those he loves.
Although maybe “damned” is tempting fate a bit too much...
If you check out the book, I'd love to hear what you think, so don't be shy about posting reviews on Amazon or Goodreads. As always, thanks for your support!
Posted by G. Kendall at 3:30 AM No comments:

The Most Frustrating X-Men Film is now on Disney+ 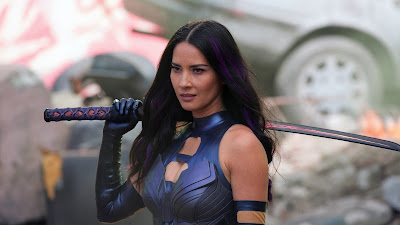 This week at CBR, I'm looking at how shameless fan service and nostalgia couldn't save X-Men: Apocalypse. (But, darn, it had potential.)
Posted by G. Kendall at 10:00 AM No comments:

How Batman: The Animated Series Brought a 1970s Comics Classic to TV 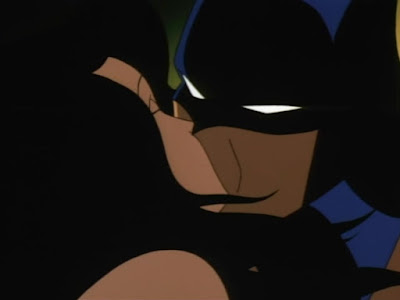 This week at CBR, I'm looking back on the second chapter of "The Demon's Quest" on Batman: The Animated Series.
Posted by G. Kendall at 2:30 AM No comments: 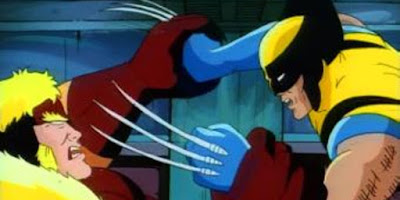 This week, I'm looking at my favorite issue of the X-Men: Manga adaptation so far. Some truly crazy imagery here, elevating a scene that never truly worked for Saturday morning.
Posted by G. Kendall at 7:00 AM No comments: 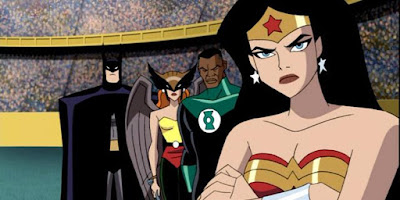 I'm returning to the animated Justice League this week at CBR, revisiting a few times the team was pitted against itself. Maybe one day soon I'll be able to begin work on the Cadmus arc...
Posted by G. Kendall at 1:13 PM No comments:

Love is Dead(ly) is Almost Here! 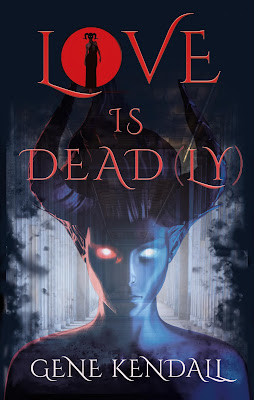 Gene Kendall here, shamelessly reposting my Gentlemen of Leisure entry to talk about my new novel, Love is Dead(ly), which is available for preorder on Amazon right now for just ninety-nine cents.
This novel has been in the works for quite a while now, with an early draft sitting in the drawer before I even began work on the Kindle Worlds G. I. Joe series. Love is Dead(ly) will be my first novel available as physical media, and the first time I’m working with a traditional publisher instead of going it alone. (This means the guy who spent so, so much time blogging about bad ’90s comics will now have a spot in libraries and bookstores worldwide. Scary.) The folks at Burning Chair have been great throughout the process, offering some insightful commentary while also respecting my creative peccadillos.
If you’re familiar with my work, you’ve likely noticed I have a soft spot for, well, unlikeable people. There’s a line, of course, where someone is just such a jerk you don’t want to read about him anymore. My creative instinct, for reasons likely to be mined by a court-appointed therapist someday, is to step just close enough to that line with my characters.
Love is Dead(ly) stars Brad Burns, a Los Angeles-based psychic who enjoys the finer things in life. Or, he did, until the credit card bills began to pile up, around the same time the IRS was taking a close examination of his bookkeeping practices. Adding to this irritation is his ex-wife, Sandra, who co-owns his Paranormal Investigations service and isn’t shy about reminding him who’s responsible for the messy dissolution of their marriage. (Spoiler: it isn’t Sandra.)
While working a case, Brad finds himself drawn into a mystic realm even he wasn’t sure existed. Although the prospect of escaping and saving his own skin is tempting, Brad soon realizes the stakes are far more severe than he initially thought…more like cataclysmic, end-of-the-world kind of stakes. And while a portion of Brad’s soul longs for the good times with Sandra, there’s a decent chance the two of them reconciling could be the event that sets the entire planet ablaze.
If you’d like a free, early preview of the book (and, very likely, a special surprise), just click here. As I said, the preorder is already up at Amazon so please check it out if you’re interested. (To be honest, I’m not sure how long the ninety-nine cents price will last.) As always, thanks for your support throughout the years! 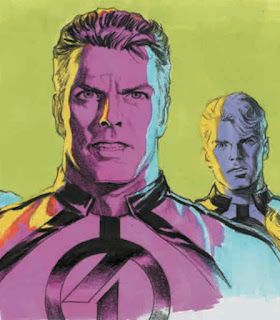 This week at CBR, I look what could be the strangest abandoned project (or simply a pitch) in the superhero film genre. In 1995, Michael Chabon wanted to take the Fantastic Four back to the 1960s...quite literally.
Posted by G. Kendall at 10:42 AM No comments: