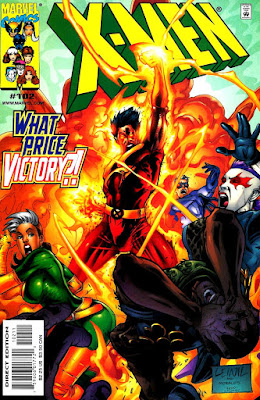 Summary: Wolverine and Dani Moonstar investigate the remains of Mr. Sinister’s base in Sage, Nebraska. Using her powers, Moonstar recreates Domina’s assault on Sinister and Sabretooth. In Brooklyn, Cecilia Reyes attempts to fight off the Neo with the aid of the drug, Rave. Rogue’s team of X-Men arrives as backup, soon joined by Archangel and Wolverine. Domina channels the powers of her fellow Neo, embarrassing the X-Men in battle. The Neo known as Barbican seals up the church complex, forcing the X-Men to escape through a disappearing tunnel, leaving Reyes and Charlotte Jones behind. Elsewhere, Senator Kelly visits his wife’s grave. Tessa appears, broaching the subject of his presidential run. 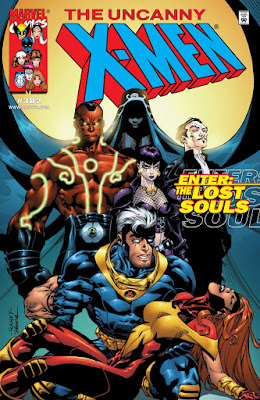 Summary: Cable offers the team psychic protection to enter Phoenix’s mind. Soon, he must also defend her body from a new attack by the Shockwave Riders. Phoenix successfully defends herself inside the mind of the dying Shockwave Rider, but is unprepared for the astral arrival of the Lost Souls. The shadowy Neo faction invade the minds of the X-Men, manipulating their greatest fears, pressuring them to give in to despair. Phoenix overpowers their dark force, then uses her powers to revive the dying Shockwave Rider. The X-Men attempt to part peacefully with the Neo soldiers. Later, Gambit urges the team to join him on a mission he declares more important than the Neo.
Read more »
Posted by G. Kendall at 3:00 PM 5 comments:

When X-Men: The Animated Series Killed Off Phoenix (Early) How did X-Men: The Animated Series shock fans both old and new? And which two X-villains were named after jokes on the page margins? (Plus, it's an excuse to talk about the first John Byrne issue of Uncanny!)
Posted by G. Kendall at 3:00 AM No comments: 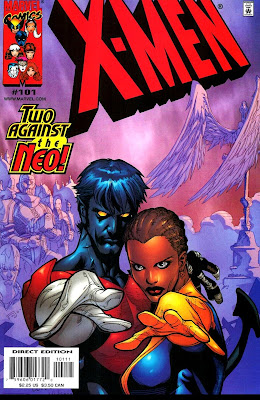 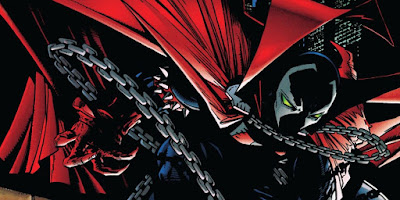 This week at CBR, I examine the first season finale of Todd McFarlane's Spawn. Bonus -- we get to also relive the gruesomeness of the infamous Spawn #5!
Posted by G. Kendall at 3:00 AM No comments: 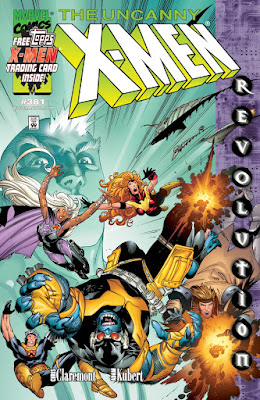 Night of Masques
Credits: Chris Claremont (writer), Adam Kubert (penciler), Tim Townsend (inker), Comicraft’s Wes Abbott (letters), Richard Isanove (colors)
Summary: In the midst of Venice’s Carnival, Phoenix takes Cable to an abandoned, underground “library” she first visited as a youth with Professor Xavier. While reminiscing, she notices psychic calling cards left by Gambit. Beast and Storm soon arrive, citing notes from Gambit, directing them to Venice. Suddenly, a Neo faction called the Shockwave Riders targets Phoenix and Cable. Their Psishark enters Phoenix’s mind, consuming her memories. Most Neo teleport after their defeat, but one remains for questioning. He wills himself to die; to the team’s shock, Phoenix enters his dying mind, determined to retrieve her memories. 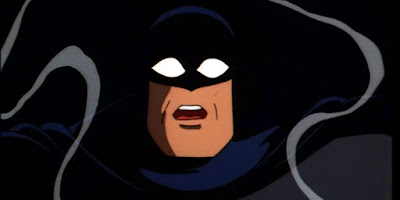 Yell at me about the deceptive header image in the comments. Two shocking moments featuring the Demon's Head...
Posted by G. Kendall at 3:00 AM No comments: 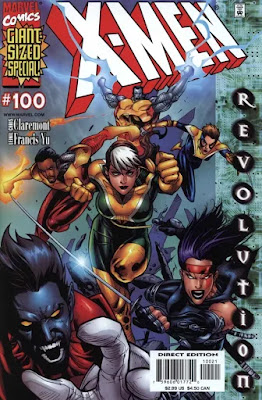 Summary: Praying inside his church, Nightcrawler is ambushed by Rax, a member of a mysterious collective known as the Neo. Wounded, Nightcrawler locates Dr. Cecilia Reyes, unaware another Neo, Jaeger, is now hunting him. Reyes, panicked, shapes her forcefield into a spike and impales Jaeger. Elsewhere, a team of X-Men has joined Dr. Peter Corbeau’s crew in repairing the High Evolutionary’s orbital base. Seth, an undercover Neo, plants explosives and destroys the base. Combining their powers, Psylocke and Thunderbird rescue the crew inside a shuttle. Left behind, Shadowcat uses Seth’s spare space suit to return to Earth, certain it will take her to the Neo.
Read more »
Posted by G. Kendall at 3:30 AM 3 comments: 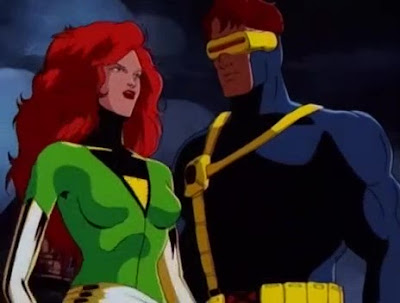 Jean Grey's reinvention as Phoenix is iconic. The costume Wolverine stole from an alien? Less so. More from the original Phoenix adaptation this week at CBR.

Parties Weren't Meant to Last - The Road to (X-Men) Revolution 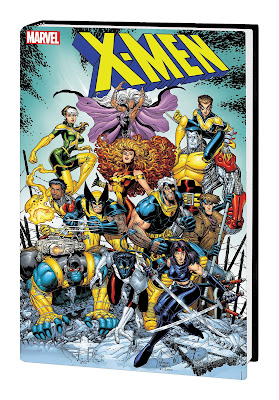 Before stepping into the strange, distant land of early 2000, I thought it best to examine the context of the times.
In the year 2000, a president has emerged from a sex scandal with his highest approval ratings, the pop charts belong once again to actual pop acts, cable TV is attracting mainstream audiences with content too extreme for network broadcasts, and the average American has taken AOL up on those trial discs and ventured online.
The overall culture is recovering from the world-weary, ironic distance of the 1990s and embracing…mostly garbage, it seems. Or, at the very least, material that would’ve been deemed too vulgar for polite society only a few years earlier.
Read more »
Posted by G. Kendall at 3:00 PM 3 comments: