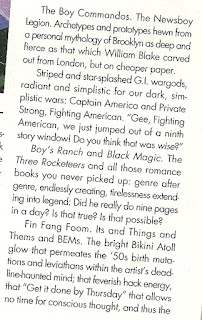 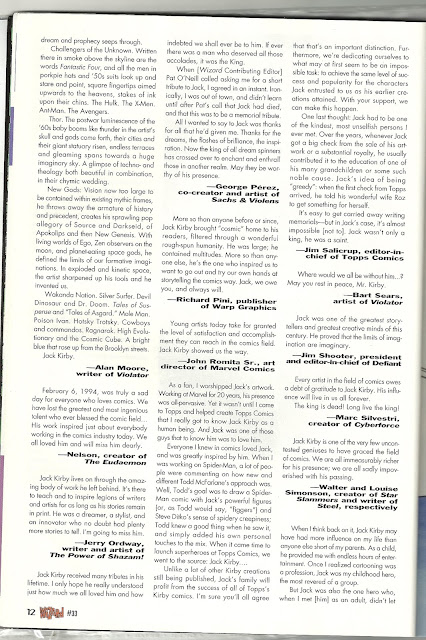 Those credits are just so Wizard. Alan Moore is credited as the writer of Violator? George Perez is credited for Sachs and Violens? It's an odd detail in a tribute to the man whose name is synonymous with Silver Star.

Nothing from Stan Lee? I know he and Jack had their differences for a while towards the end but nevertheless I'm amazed there's nothing from him here.

He's in there -- the tributes go on for pages. I think Stan just gives a brief, one-paragraph tribute.