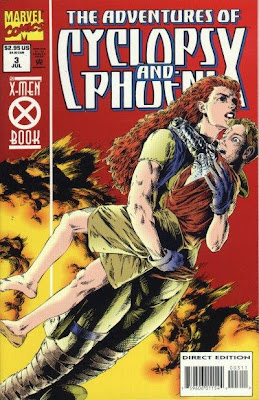 Summary
Eight years after being sent into the future, Scott and Jean are still posing as “Slym” and “Redd” while raising a young Nathan Dayspring (Cable). Meanwhile, Apocalypse’s prelate, Ch’vayre, begins to have doubts about the brutal way Stryfe is being raised. With the help of the human rebellion, Scott and Jean infiltrate one of Apocalypse’s genetic labs and learn that he’s planning on releasing the Legacy Virus into the human population. Ch’vayre and Apocalypse’s men suddenly appear, forcing Scott and Jean to reveal their mutant powers. Stryfe is with them, disobeying Ch’vayre’s orders that the rebellion members are to be taken alive. Overlooking the lab, Nathan beings to receive mental instructions from Rachel Summers on how to detonate the building. Stryfe discovers him, and the two fight. Rachel’s voice guides Nathan on how to use his psionic powers to stop Stryfe. He defeats Stryfe, but the techno-organic virus briefly overtakes his body. The rebellion escapes the lab shortly before it explodes. Later, Scott visits Rachel’s comatose body inside a secret location, while Ch’vayre begins to make plans to stop Stryfe before he becomes the “Chaos Bringer”.

Continuity Notes
Jean shows Nathan how to “morph” his body to disguise his metal arm. I can’t tell if he’s only using a mental projection to make his arm look normal, or if he’s actually changing the metal to flesh. Later on in the story, Nate loses control of the techno-organic virus and we see it consuming most of his body. This is setting up the idea that Cable’s psionic powers keep the virus in the check, although I have no idea why his powers would be preventing it from covering all of his body except his arm. The story seems to be assuming that only Cable’s arm is metal, while the rest of him could be consumed by the techno-organic virus if his psionic powers didn’t stop its growth. Previous stories in X-Force showed that half of Cable’s body, including his face, is metal and that he covers most of it with synthetic skin. In an early issue of Cable, he tells Moira McTaggert that he leaves his metal arm exposed because it reminds him of where he’s been. I guess it’s possible that, despite his powers, the virus overtook more of his body as he grew older, which is really the only way to rationalize all of this.

This issue is the first chronological meeting between Cable and Stryfe. Apocalypse has already accelerated Stryfe’s powers while Cable’s are still dormant (until Rachel shows him how to use them).

Review
It’s more of the same, really. The series still doesn’t actually focus on the title characters, and the information given on Cable’s backstory isn’t interesting. I guess the point of this issue is to highlight his first meeting with Stryfe, but the confrontation is very short and there’s nothing in it to lead you to believe that these characters will become mortal enemies someday. There’s some attempt to develop Ch’vayre as a character, as he turns against Apocalypse. If he’s only now realizing that Apocalypse is sadistically evil, though, you’ve got to figure that he’s an idiot. At this point, it looks like this entire miniseries could have been done as a one-shot special or in an annual. Aside from collecting a few more dollars from the audience, I don’t see the justification for four full issues of this story.
Posted by G. Kendall at 8:21 PM 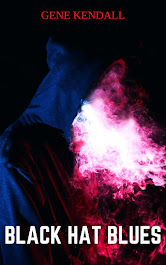