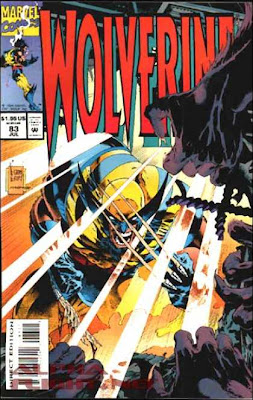 Summary
Catching a ride with Harry Tabeshaw, Wolverine visits James and Heather Hudson at an arctic research station. The melting ice has released a giant wolf-like creature Wolverine recognizes as the Hunter in Darkness. Wolverine’s pilot friend Harry Tabeshaw is the only man to have ever captured one of the Hunters, and tries to warn the research scientists not to go out at night. One of the scientists, Simpson, ignores his warnings and goes out in the dark, accidentally letting the Hunter inside. He cuts her and hides within the research facility. James and Heather Hudson try to hunt it in their Guardian suits, but it escapes. Another scientist, Sverdrup, tries to stop the Hunter with a freight-loader suit and is killed. The Hunter escapes, as Tabeshaw tries to suture Simpson’s wounds. The Hudsons make plans to hide Simpson inside the dry freezer while the others go hunting. Tabeshaw warns against hunting it, telling them that the best thing to do is barricade the door and stay inside. Outside, the Hunter in Darkness calls out in the night to other Hunters. Meanwhile, Bloodscream convinces Elsie Dee and Albert that he has to see Wolverine immediately. Albert access government databases and learns that Wolverine is in Canada, also.

Review
This issue seems to have been done as an homage to Alien, with one character outright referencing Sigourney Weaver. The Hunter in Darkness is essentially a big, dumb animal, so he’s not that interesting of a villain, but he is at least a credible opponent for Wolverine. Most of the issue is action-oriented, which doesn’t seem to suit guest artist John Nadeau. The coloring is off-register on a lot of the pages again, which is getting annoying. Hama continues to play up the idea that Wolverine might die soon by having him ask James Hudson to handle his estate. This is almost a year after Wolverine was injured, so Hama’s at least committed to selling the idea even if no one thinks Marvel will go through with it. I’ve read before that Hama never liked taking the adamantium away from Wolverine, but he never lets that creep into the stories. He doesn’t just ignore the event and tell the same Wolverine stories with bone claws; he has the character respond realistically and uses the experience as a springboard for new stories. The character scenes between Wolverine and the Hudsons are nice, even if they are too brief. If the action scenes weren’t so bland, this would be a much stronger issue.